Which settings are good? 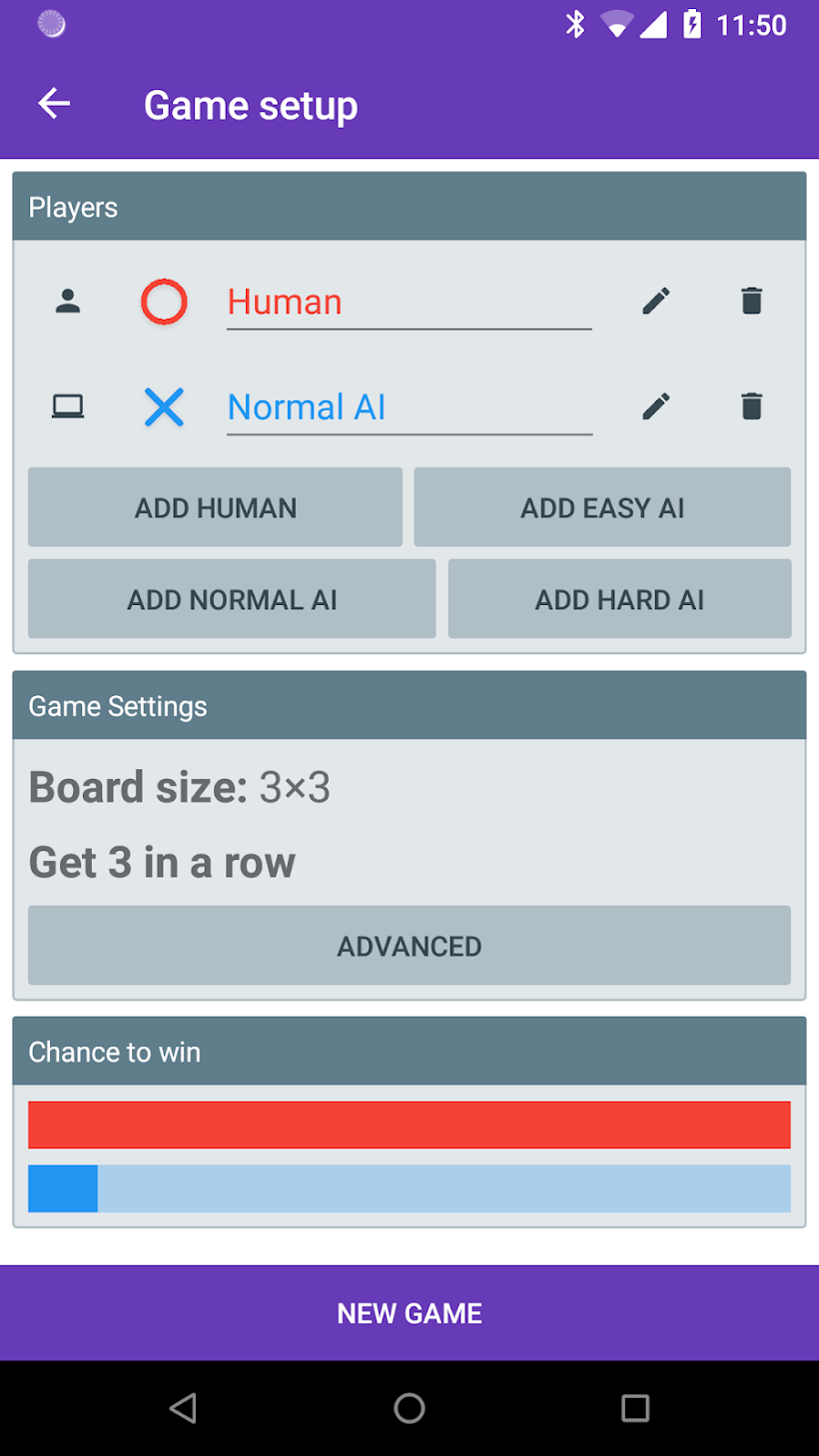 A while ago, I wrote about how some game modes are just “bad”, but I was going to include them anyway. Despite that, it would be nice if there was way to avoid the worst of them. One of my planned features is match-made online multiplayer. If I want to allow players to choose settings, then potential opponents definitely need to know whether the game is going to be fair.

I came up with a plan to generate a load of potential game settings, and run the AI on them, and see what the results were. That way it would be possible to identify fair games (games in which both players have a similar chance of winning) and add them as options to the game. Although I may still end up doing that, it occurred to me I could just add this information to the app.

So, on the game setup screen in 0.8 will be a new section called “chance to win”. This is how measure of how good the AI believes the best move is for the first turn of each player. A you can see, in a standard game of Tic-tac-toeTic-tac-toe, it does not look good for player 2.

For general use, this is calculated on the server, and cached per game setup. It can technically be run in the app, but the results vary more (but will probably be added as a fallback - I strongly believe the app should work offline).