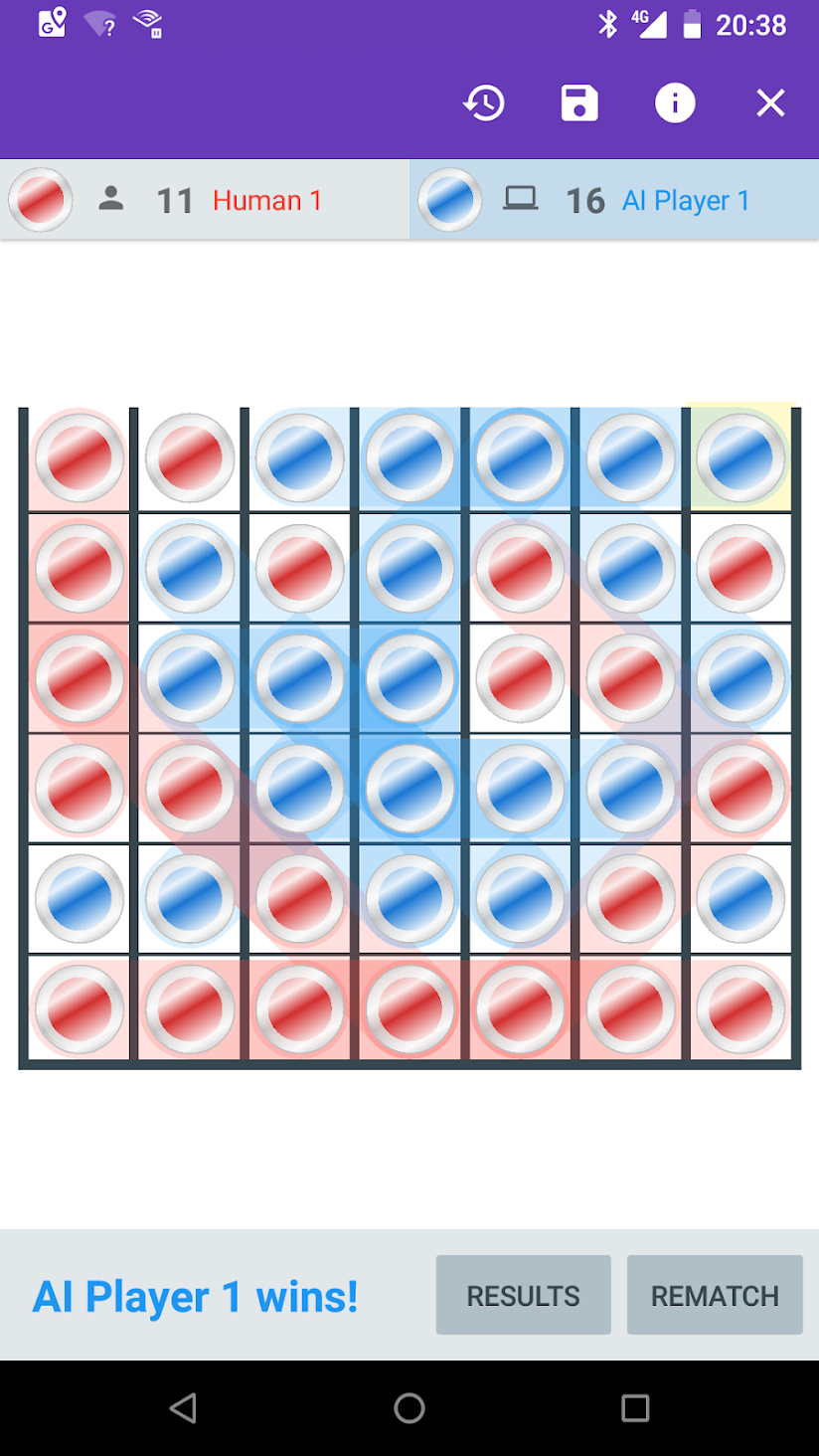 This was on my shortlist of features to add for a couple of reasons. Firstly, I wanted to justify the “collection” part of the name (you may have noticed that Tic-tac-toe and Gomoku are the same game mode). Secondly I expected it to be quick to add.

And it was. The logic for determining winners is exactly the same as Tic-tac-toe, the only difference is a restriction on your valid moves. To differentiate it visually the board is also drawn differently (to look a bit more like you’re dropping pieces in) as well as the pieces (to look a bit like counters, but different from Gomoku).

Interestingly, the longest part was creating the image used on the game selection screen. The images used for Tic-tac-toe and Gomoku were created manually. I decided that would be a pain to keep having to do, so I developed a feature to let me cleanly screenshot games. At some point this may become a user facing feature…

0.6 is currently in beta for any one wanting to play Drop Four.